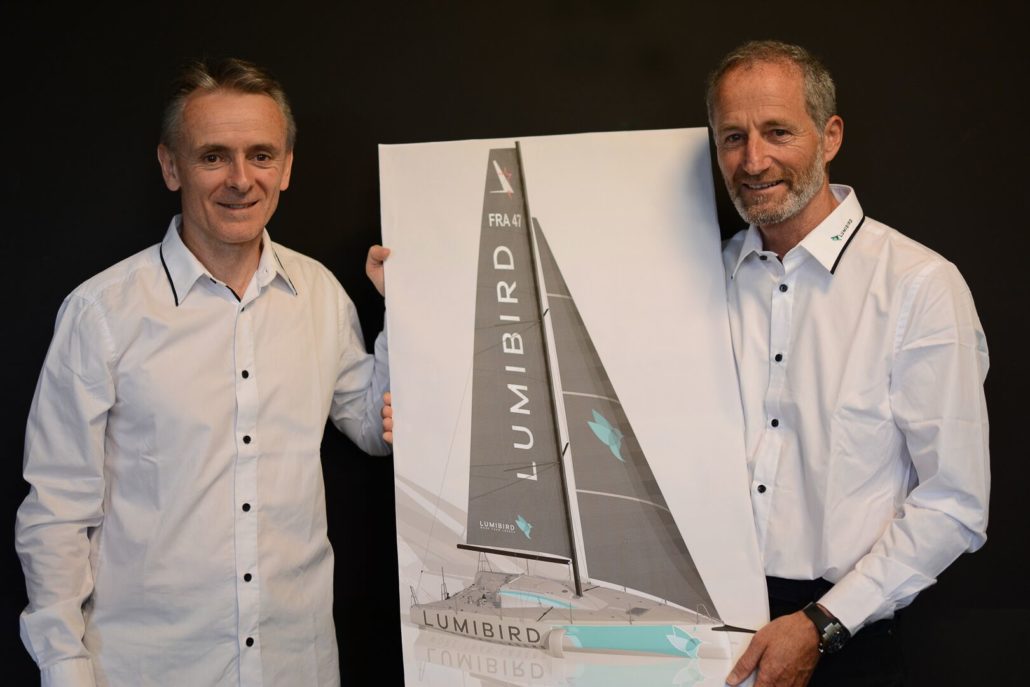 Lumibird and Mer Agitée, Michel Desjoyeaux’s company, are delighted to announce their partnership for the Solitaire Urgo Le Figaro 2019.

Double Vendée Globe champion and the most medalled singlehanded sailor, Michel Desjoyeaux is making a comeback on a circuit he specialised in for many years. Triple winner of the “Solitaire” in 1992, 1998 and 2007, he’ll take the start of the race for the 13th time in his career. His last participation dates back to 2013 when he secured 7th place. It is the arrival of the new one-design Figaro Bénéteau 3, which convinced Michel Desjoyeaux to return to one of his first loves. The skipper of Lumibird has planned to participate in two pre-season races, the Solo Maitre Coq and the Solo Concarneau, before making for Nantes and the start of the Solitaire Urgo Le Figaro, scheduled for 2 June.

Marc Le Flohic CEO of Lumibird comments on this partnership:

“It is with very great pleasure that we’re going to sponsor Michel and all his team for the Solitaire du Figaro 2019. We are very familiar with Mer Agitée, as we’ve enjoyed a technological partnership for the past 3 years. Michel is an excellent competitor and we all hope he’ll have a fantastic season and that he’ll proudly fly the Lumibird flag.”

“I’m returning to the Solitaire Urgo le Figaro for the 13th time and I’m delighted about that! I must admit that last year I kind of had itchy feet watching the others in action. To my mind, in sporting terms the Solitaire is the toughest race there is and the arrival of the new Figaro 3 boosts my competitive side tenfold! It is with great pleasure that I’ll be flying the flag of this very fine technological company with its roots in Brittany